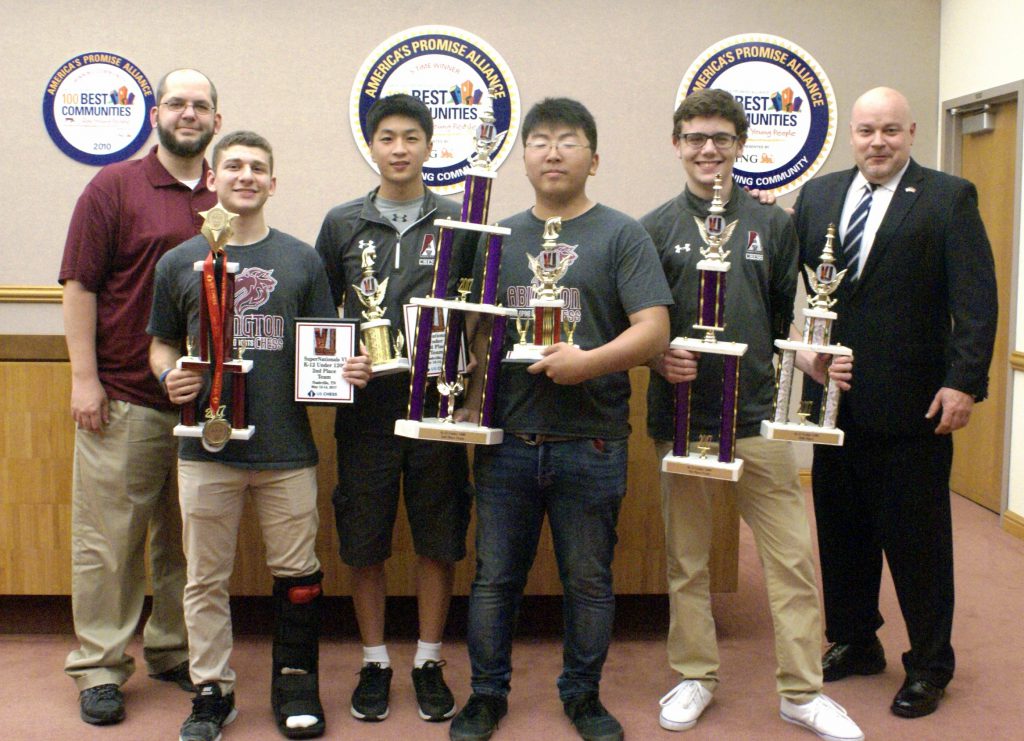 Eight Abington players received commendations for placing in the TOP 10% of all players in the field.  These are truly extraordinary accomplishments!  This is the SEVENTH YEAR IN A ROW that Abington placed in the top 10 of chess teams in the U.S.