Last night Dr. Sichel recommended and the Board appointed six promotions in the Administrative staff: 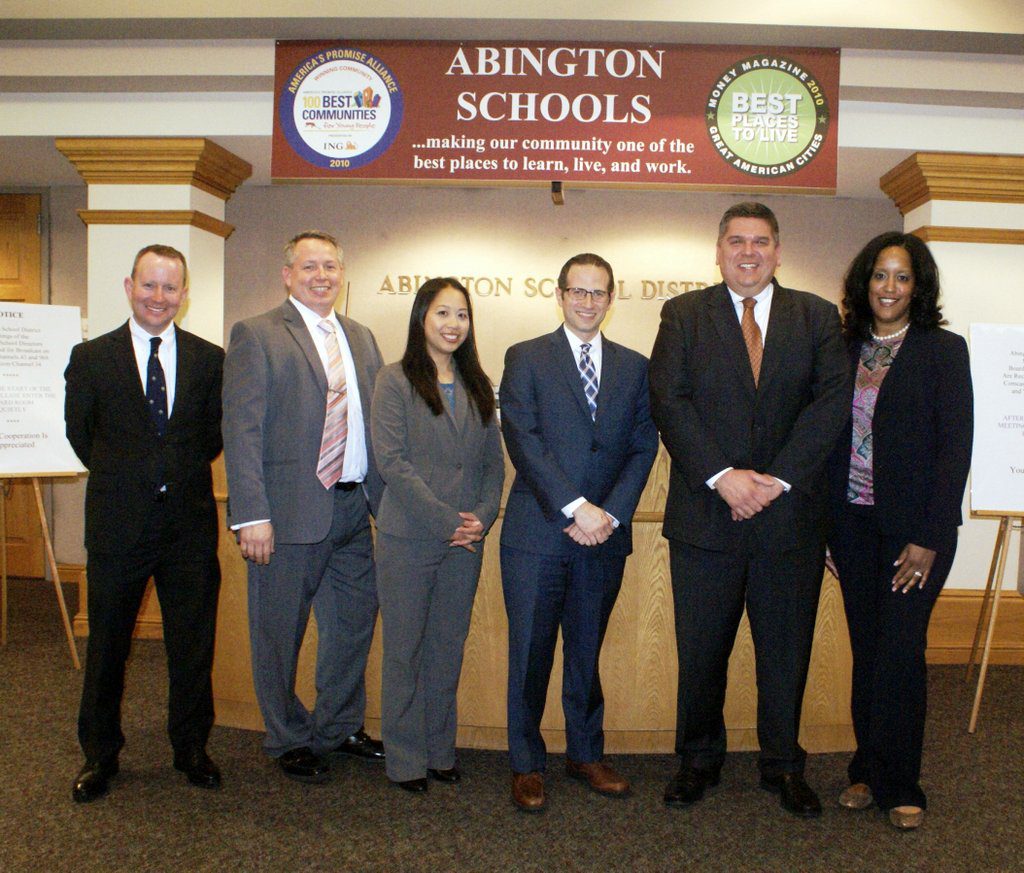 Mr. File received his B.A. in Secondary Education & English from LaSalle University and his M.S. in Education, Educational Leadership from the University of Pennsylvania.

Ms. Kim received her B.A. in Philosophy & Religious Studies from the Univeristy of Pittsburgh; her M.A. in Special Education from New Jersey City University; her M.S. in Education Leadership from Columbia University; and she is enrolled in the Educational Leadership Doctoral Program at Gwynedd Mercy University.

Prior to joining Abington Mr. Perlman worked five years in marketing and communications before working in education and then was an Instructional Support Aide at Klinger Middle School in Warminster, PA.

Mr. Perlman received his B.A. in Political Science from Arizona State University; his M.S. in Elementary Education from Holy Family University; and obtained his Principal’s Certification from Delaware Valley College.

We congratulate these fine educators and wish them much success in their new positions.